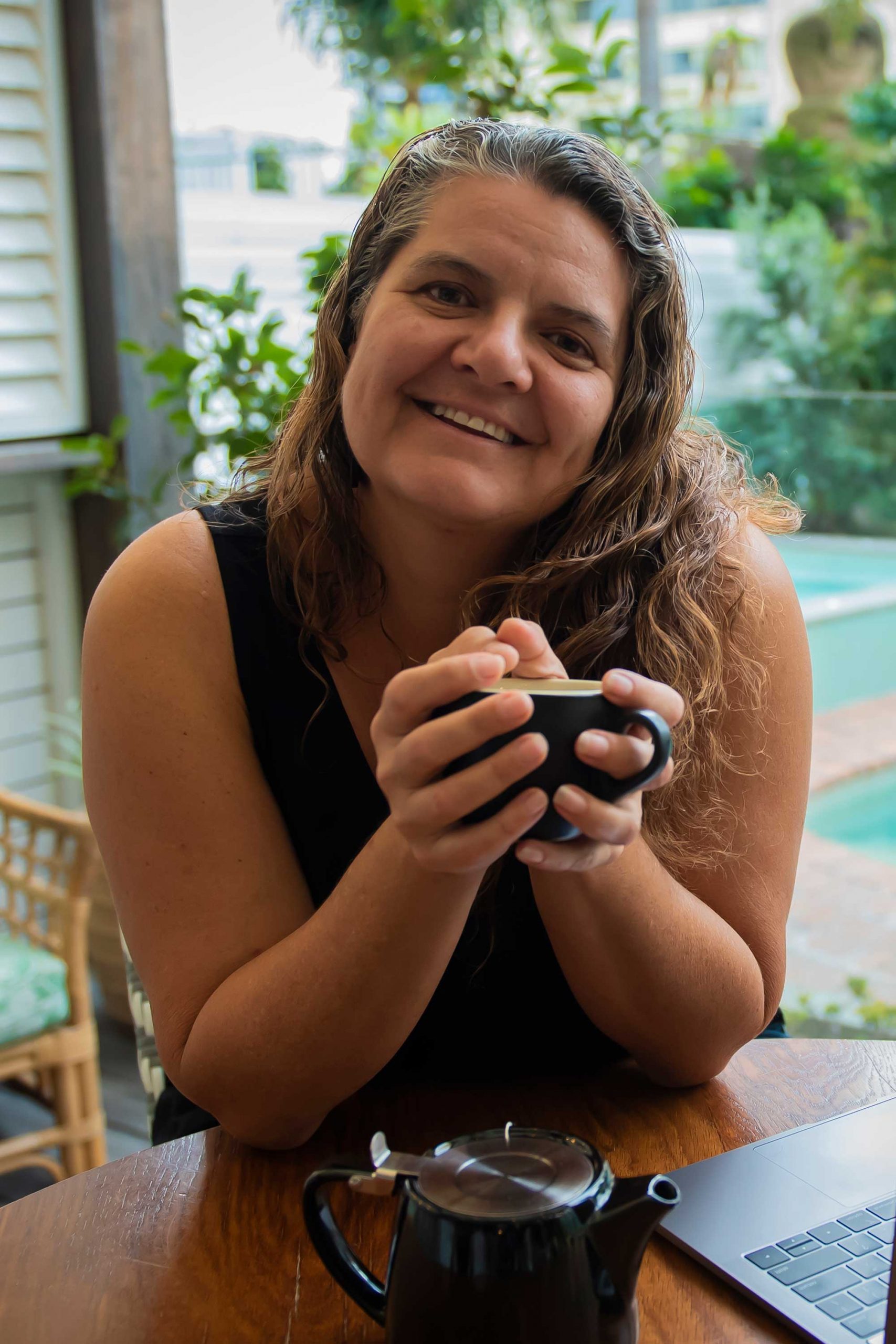 Sam is a co-founder of Blank Street Press and the Gold Coast Music Awards and is a passionate advocate for regional arts and cultural development. Her other passion is conservation and regional development and she’s worked in that space for more than three decades, using the facilitation, community engagement and strategic planning skills she brings to the Gold Coast Music Network to help communities across Australia, achieve their sustainability goals.

Singing with her Catholic school choir at the Sydney Opera House prepared Sam early for the spotlight. In contract to those early hymnal days, Sam truly found her musical feet here on the Gold Coast where she was a regular at venues such as the Playroom and Rose ‘n’ Crown. Her first rock gig was Hunters and Collectors at The Patch and her hearing has experienced a steady decline ever since.

Sam is a regular gig-goer and genuinely loves all genres. She’s as likely to be at a classical performance at HOTA as she is at a raucous punk gig at Vinnies.

While being lucky enough to learn drums, piano and guitar at primary school, Sam simply isn’t disciplined enough to get good at any one instrument. These days she prefers to strum the ukulele and nag her kid to practice his double bass and trombone rather than actually become proficient herself.

Meet the rest of the team